How To Easily Embed Conversational Hypnosis Into Your Verbal Communication To Covertly Influence Anybody, Anytime…

Do you know you can form instant, deep connections with ANYBODY by ignoring the usual rapport-building advice?

If you are speaking with someone who has more authority than you (like say a boss or public official), do you know you can “flex” your wording in such a way that they’ll unconsciously defer to you as the authority — and appreciate you for it?

If you get a lot of objections to your ideas and requests, do you know there’s 5 “mind reversing” questions you can ask that will rapidly dissolve any objection on the spot?

Those are just a few of dozens of intriguing (and sometimes downright ingenious) covert influence secrets I learned in going through this exciting training program, titled: 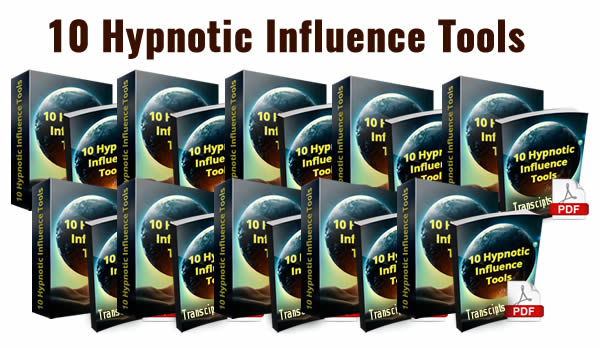 I’ll tell you a few more of the instant covert influence secrets that are in the training in just a moment.

But first, you should know that conversational hypnosis is very real, very powerful and gives anybody that knows how to use it the very real advantage of getting more of what they want, more often from other people.

Conversational hypnosis – when used in the manner described and detailed in the program “10 Hypnotic Influence Tools” – “speaks” to another person’s unconscious mind and influences (and sometimes completely changes) their emotions, imagination and habits.

It’s the most powerful form of verbal influence there is.

Nobody ever “sees” conversational hypnosis in action – unless they themselves are trained in it.

It’s actually NOT that difficult to learn.

You don’t have to be naturally quick-witted, talkative or “silver-tongued” to use conversational hypnosis.

In fact, the more normal and reserved you are in your talking-habits…

The Better Conversational Hypnosis Works To Influence Others

That’s because real conversational hypnosis (as taught in the program “10 Hypnotic Influence Tools”) is based on a foundation of respect, compassion and a genuine interest in each individual you converse with.

So conversational hypnosis (as you’re going to be taught it) is going to give you the mindset and verbal tools to:

All said, “10 Hypnotic Influence Tools” is perfect for you if you routinely find yourself interacting with people who are:

Conversational Hypnosis Reverses All Of That!

Conversational Hypnosis Reverses All Of That Too!

Why not see for yourself?

Why not get INSTANT ACCESS to “10 Hypnotic Influence Tools” go through it (it’s a quick study) and start experimenting with some of the things you’ll learn.

Then start taking notice of the different reactions and responses you get from other people.

Watch as they suddenly warm to you.

Take notice of how they nod their head and take on board your ideas and requests.

And see how they start acting in ways that are in alignment with the “embedded commands” you will have been able to (covertly) plant into their unconscious mind.

Go through the program again… and start incorporating these influencing secrets to take your influencing skills up another few “notches”:

Plus many more influencing secrets!

Bottom line: Those influencing secrets will make you…

One Of the Most Likeable, Charismatic And Respected People Anyone Has Ever Met

And when people feel that way about you they will instinctively want to go out of their way to do almost anything for you.

But it all starts with getting the exciting program “10 Hypnotic Influence Skills”.

Plus you also get a bonus MP3 download audio session – specifically designed to go hand-in-hand with the book. The bonus audio it titled: 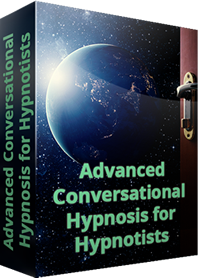 Don’t be freaked out by the “Advanced” in the title – by the time you’ve gone through the book you’ll be well up to speed!

By listening to the audio, you’ll hear how to seamlessly integrate conversational hypnosis into your natural way of talking. Plenty of examples. Plenty of demonstrations.

Just by listening to the audio multiple times you will naturally find yourself incorporating conversational hypnosis into your dialogue with each repeated listening.

Just make sure you go through the program first so you have a good understanding of the principles and framework of conversational hypnosis before listening to the bonus.

OK, to get INSTANT ACCESS to “10 Hypnotic Influence Tools” and the bonus audio “Advanced Conversational Hypnosis for Hypnotists” (in MP3 format) — your one-time investment is just £39.

Just £39 to give yourself the ability to influence better for the rest of your life – and put yourself in positions where you can actually use all your other skills, knowledge, training and education to your full capacity and get the deserved pay and recognition from it!

You are also covered by a 60 day unconditional guarantee In other words, you have 60 days to check everything out. Go through all the material. Use everything you learn. And only then decide if it’s for you: If not, you’ll receive a full and immediate refund.

But you have to hurry.

Right now, today everything mentioned is yours for just £39 though… and you get to take advantage of conversational hypnosis and enjoy all the life advantages it gives you!

Get Started Today With This Proven System

YES (your name), I want to master conversational hypnosis! I’m excited to learn how to elegantly hypnotize others in my day-to-day conversations with natural ease.

When I click on the “Add-To-Cart” button below, I will receive:

On that basis, I’m clicking the “Add-To-Cart” button below now…