Why I Became a Professional Hypnotherapist, Counsellor and Life Coach 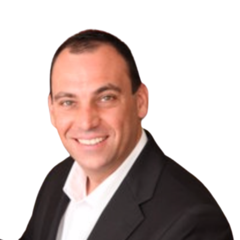 If I had been told when I was younger that I would become a Professional Hypnotherapist, Counsellor and Life Coach as well as have my own office in Harley Street, London, I would have bet against myself because of a limited belief system.

I would have lost that bet.

I was born in Liverpool but have lived in Kent for 22 years. Having been a Police officer with the Metropolitan Police for 22+ years, I dealt with almost every type of crime you can imagine. I certainly saw the darker side of life along with the impact on its victims, both young and old.

However as my Police career developed and I became a Detective, I was aware of a feeling within me that something was missing. At the time I did not really know what this feeling was but it was constant, like a splinter that you cannot see.

Over time I came to realise that I enjoyed helping people feel safer, but my role only permitted me to help up to a certain point. I would be given fresh investigations to deal with and had to move on with my next case. I spent many moments wondering if a previous victims life had worked itself out. Had they been able to move forward and had they managed to deal with the emotional scar the incident had left?

I realised that what was missing for me was a desire to help in a different way and I wanted to do more. I finally understood that to do this and feel fulfilled, something would have to change and that change had to begin with ‘Me’. I could take my naturally caring attitude to a different level by helping people with their issues, outside of a police environment.

Having made this decision and as well as working full time, I began training to become a Counsellor. This meant I also received personal counselling as part of my Diploma which I successfully completed. Having been ‘the client’ and finally learning to know and understand myself, was truly life-changing.

Encouraged by my own personal growth I continued studying, obtained my Diploma in Professional Hypnotherapy and Hypnosis and later qualified as a Certified Life Coach.

I am also working towards a further Diploma in Psychology. I find these subjects so fascinating and interlinked, that I weave them into a very bespoke and personalised service for my clients.

What I have discovered is that the ‘game’ is not rigged and that YOU have all the possibilities and solutions within you to be the star of your own movie.

Sometimes we just need a helping hand to get there.

I am also a member of the General Hypnotherapy Register (GHR).

I also volunteer for an amazing charitable organisation based in Kent called ‘Holding On, Letting Go’. HOLG assists children aged 7-17 who have experienced bereavement.

I am fully insured and hold a current enhanced certificate with the Disclosure and Barring Service.

For further information or to discuss your needs, please email me at jamestaylortherapist@gmail.com or CALL NOW on 07511915580 to book a session.

It would be my absolute pleasure to help you become the best version you could possibly be.

“I wanted to give up smoking. I knew it was no good for me, but kept doing it regardless. I though I would give this a go and it was the boost I needed to put me in the right mind set to finally quit. I now feel like a non-smoker. It’s been 14 days, which I…

Never thought I would ever be able to give up smoking, 34 years of being a heavy smoker. I just couldn’t see me quitting, I had tried a few years back, but failed. I ended up with some health problems, and desperately needed to do something to stop. A friend suggested Hypnotherapy. Well, I decided to go for…

James was very friendly and polite and very patient with me. I had hypnotherapy for smoking cessation. The session was good and very insightful, however the after effects were not what I thought. I had hoped that the hypnotherapy would help me to deal with the cravings and reduce the amount of will power required. I…

It’s been a month since I had my last cigarette. This is truly unbelievable. I lived to smoke and smoked to live. Simple. Everybody knew that . And….. 30 days ago, after just one hypnotherapy session with James its all changed. James is amazingly calm, empathetic and understanding guy. He not only helped me on that…

James, I can’t thank you enough. You have really helped me and I feel so much lighter. No thoughts of smoking and I have already told two very trusted friends that I’m now a non-smoker (they were so supportive). I don’t smoke anymore.

Health is wealth. I’m really grateful for James‘ help, I couldn’t have imagined before that I would of benefited the way I have. I was always conscious of my breathing and struggled every day, all day. I use quite a lot of medication for my asthma, but had been really struggling for the past year…

James has a very calming yet soothing voice which makes it easier to talk to him, and through these past 10 days he’s always been at the other end of the phone if I needed to get in touch. If ever I need Hypnotherapy again, he would be the first person I’d contact. I would,…

The last couple of days I’ve noticed a massive improvement. It has taught me that there is more to life than just smoking my life away. My relationship with my family is stronger than ever. It has really opened my eyes to people. Now I know the true meaning of friends and I’ve gained so…

I contacted James after trying so many different ways to give up smoking, cold turkey, vaping, cut down, gum, tablets, nothing worked. I could not shift the habit! When we spoke on the phone, he talked through the process and told me it was important that I was committed to giving up to ensure the process…

“It’s weird. I don’t really know what you have done but it’s obviously effective. I am smoke-free, happy about it and have no physical cravings. Thanks ever so much, James.”

Even when I spoke to James on the phone to arrange our first appointment he had such a calming voice and I already felt relaxed! The sessions were very helpful to me and I would definitely recommend him. I only ended them due to family commitments otherwise I would still be attending the sessions. Genuine…

I had a great Coaching session with James. He has helped me to look at other options. Thoroughly recommended.

James is a professional, caring hypnotherapist who can genuinely help you with any issues you may be experiencing.

James listens to you and at the same time makes you feel comfortable in talking about sensitive stuff. Recommend completely.

“I was so stressed about my driving test. I had failed four times and had begun to wonder if I would ever pass. I had three sessions with James and my confidence and ability shot through the roof. I passed on my very next test and the feeling was amazing. I would highly recommend booking…

“Before I started Hypnotherapy with James, I suffered terribly with Anxiety. However, after a couple of sessions with James, it has dramatically improved!”

“I went to see James Taylor for help to stop biting my nails. The effectiveness has been amazing. It only took 1 session of therapy and the following day, and for every other day since, I haven’t found myself biting my nails once. I went for a second follow up session on my own accord for…

“He’s a gem, a solid guy and so lovely. Amazing. I was so impressed. James took the pieces I’d shared and wove such goodness and energy into me. I was blown away. I went home and wrote 900+ words in 2.5 hours. It was the first bit of work I had done.”

“I can now look at my life and be proud of what I have achieved.”

“This was the first time I had tried hypnotherapy. James was really knowledgeable and helped me a lot. I would encourage others to give it a try without dismissing it”

“James’s approach to my therapy was great. He was very easy going and had a soothing voice which made me feel comfortable when under hypnosis. Thanks James”

“James is a true professional and a wonderful man to sit and talk to. He’s very caring and understanding”

“Before I couldn’t swim in the sea or any water actually that wasn’t a swimming pool. The fish used to freak me out. James was brilliant, put me at ease and made me feel comfortable. He helped me rationalise my fear and learn how to cope when it may get a bit much. I have ventured…

“Before I was stressed about my exams and couldn’t deal with the pressure I was being put under. Now I can sit my exams and other assessments without feeling horribly stressed. Would highly recommend”